Dr. Liske was born in British Columbia, Canada, and graduated from the University of Michigan Medical School in 1989. He completed his residency in general pediatrics with the Air Force at Wright Patterson Air Force Base in conjunction with Dayton’s Children’s Medical Center, following which he was selected as Pediatric Chief Resident. Thereafter, he served as a general pediatrician with the Air Force for 3 years. In 1996, he began his Pediatric Cardiology training at Children’s Memorial Hospital in Chicago, and completed his training at the University of Michigan in 1999, with a special emphasis in advanced echocardiographic imaging.

From 1999 to 2003, Dr. Liske practiced cardiology in Knoxville, bringing many innovations to the echocardiography laboratory. From 2003 to 2009, he held an academic position at Vanderbilt University in Nashville, playing an instrumental role in their echocardiography laboratory and fetal cardiology clinic, managing critically ill post-operative patients, training the next generation of pediatric cardiologists, and conducting published research in fetal arrhythmias, screening for critical heart defects in newborn infants, rare structural heart conditions, pre-operative management of hypoplastic left heart syndrome, pulmonary hypertension in Down syndrome patients, and screening for acute rheumatic fever. He continues to maintain an active affiliation with the Vanderbilt team.

Dr. Liske has a particular passion for the care of patients in underserved regions of the world. Since November of 2008, Dr. Liske has yearly led a cardiac team to Tenwek Mission Hospital in Kenya, East Africa. This team is comprised of physicians and staff from Vanderbilt University in Nashville, and other surgical centers, and receives logistic and financial support from World Medical Mission, the medical arm of Samaritan’s Purse.Cardiac surgery is performed on 20 children and young adults each trip and approximately 100-150 patients are seen in a clinic setting, providing life giving care to those who would not have received it otherwise.

Dr. Liske is pleased to partner with Dr. Bremer at East Tennessee Pediatric Cardiology, established in 2009. He loves living in East Tennessee with his wife Angela, and their four children. When not seeing cardiac patients, he enjoys travelling, seeing his kids engaged in music and sports, and fly-fishing the tail waters and streams of the region. Their family is committed to the ministries of Two Rivers Church, Tenwek Hospital in Kenya, and the InterFaith Health Clinic here in Knoxville.

Dr. Bremer is a native of the colder corner of the US, Buffalo, NY and graduated from SUNY at Buffalo School of Medicine and Biomedical Sciences in 1998. That is where she met her husband Rick, who is also a physician, a Hospitalist in Oak Ridge. From there, she finished an Internship and Residency in Pediatrics at Medical College of Virginia Hospitals / Virginia Commonwealth University in Richmond, Virginia, and stayed on to finish a Fellowship in Pediatric Cardiology where she received exceptional training with a specific focus on echocardiography, including fetal echocardiography. After finishing her Fellowship, she moved to East Tennessee where she has been practicing Pediatric Cardiology in private practice for over 8 years.

Dr. Bremer is very excited to partner with Dr. Liske at East Tennessee Pediatric Cardiology where they have made it their mission to provide the best possible care for patients in this region. She particularly enjoys the counseling component of her practice, the emotional attachment, being able to spend time with her patients, and is especially fulfilled when she gives comfort, support and understanding to a patient and their family. She believes this unique setting has given her the opportunity to continue to strive to do the very best for her patients, to whom she is committed. When not working, Dr. Bremer loves to spend time with her family enjoying the outdoors, the climate and natural beauty this area has to offer. She and her husband have been blessed with 2 children and feel extremely fortunate to be able to raise their family here.

To schedule an appointment or for more information please call our offices at 865-971-6897. 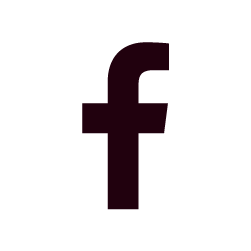